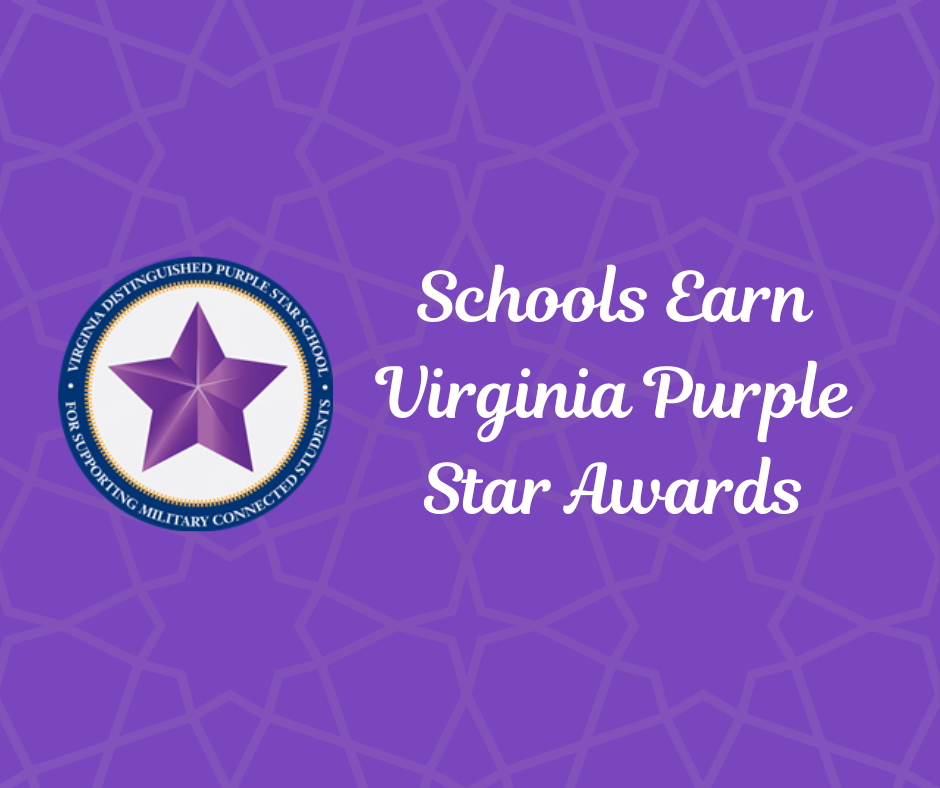 RICHMOND —The Virginia Department of Education and the Virginia Council on the Interstate Compact on Educational Opportunity for Military Children are recognizing 189 schools as “Purple Star” schools for the 2022-2023 school year. The Purple Star designation is awarded to military-friendly schools that have demonstrated their commitment to meeting the needs of military-connected students and their families.

To qualify for a Purple Star, schools must have a staff member designated as the point of contact for military students and families. The point of contact serves as the primary link between the military family and the school. Schools must also demonstrate their commitment to meeting the needs of military students by providing resources and programming on issues important to military families, such as academic planning and transitions between schools, divisions and states.

“Congratulations to all of these schools. Purple Star schools are committed to serving the children and families of the men and women who protect and serve our state and nation," Superintendent of Public Instruction Jillian Balow said. "Their dedication to the academic success and well-being of Virginia’s military children is commendable."

This is the fifth year VDOE has designated Purple Star schools. Since 2018, VDOE and The Council on the Interstate Compact on the Educational Opportunity of Military Children have selected 328 schools across Virginia for the award of which 192 have been honored twice.

Virginia is home to several of the largest and most important military installations in the nation. Currently there are more than 80,000 school age military-connected students attending schools in the commonwealth. These include students with parents on active duty, in the reserves or in the Virginia National Guard.